Produced and directed by Dr. Gwyneth Bravo (NYU-Abu Dhabi) with support from the Orel Foundation, Music-Memory-Metamorphoses is a multimedia production of Viktor Ullmann’s 1944 melodrama The Lay of Love and Death of the Cornet Christoph Rilke featuring performances by Romanian operatic bass Gabriel Vamvulescu and Belgian-born pianist Steven Vanhauwaert against a filmic backdrop. In the spirit of early cinema and experimental Berlin theater of the 1920s, Bravo's production— with support from Emmy Award winning animator Paul Sidlo— re-imagines the theater and concert hall as a cinematic space where the performance of the works takes place inside a filmic framework—where a kaleidoscope of projected and slowly shifting images serves as a visual counterpoint to the poetry and music. Employing a montage compositional aesthetic, her film, which Robert Elias, President of the OREL Foundation, describes as "a moving and beautifully wrought immersive work of art," unfolds in thirteen, short movements and is comprised of a series of densely-textured images constructed from the superimposition and animation of a multilayered and harmonically-conceived series of visual elements.

These images include black and white prints from the Czech photographer Joseph Sudek as well as blurred and treated filmic stills and moving imagery to suggest the ghost-like presence and absence of early photography and cinema where the Bohemian landscape is refracted through the sepia-hued lens of memory in order to provide a visual counterpoint for Rainer Maria Rilke's 1899 and Jugendstil work Die Weise von Liebe und Tod des Cornets Christoph Rilke on which Ullmann's melodrama is based. The work features the life, love, and death of a young soldier during the Austro-Turkish war of the early 1660s and was written when Rilke was twenty-three. The work as a major success after its second printing in 1912 and was carried like a Bible by soldiers fighting at the front lines during the First World War.

Born in Silesia in 1898 during the waning years of the Austro-Hungarian Empire, composer Viktor Ullmann served as a soldier in World War I and made important contributions to Czech and German musical culture in Prague during the 1920s and 1930s before being deported to the Czech transit and concentration camp Theresienstadt in 1942 where he composed twenty-three. Among these was his melodrama The Lay of Love and Death of Cornet Christopher Rilke, which he completed only months before his transport to Auschwitz where he perished in the gas chambers in October 1944. 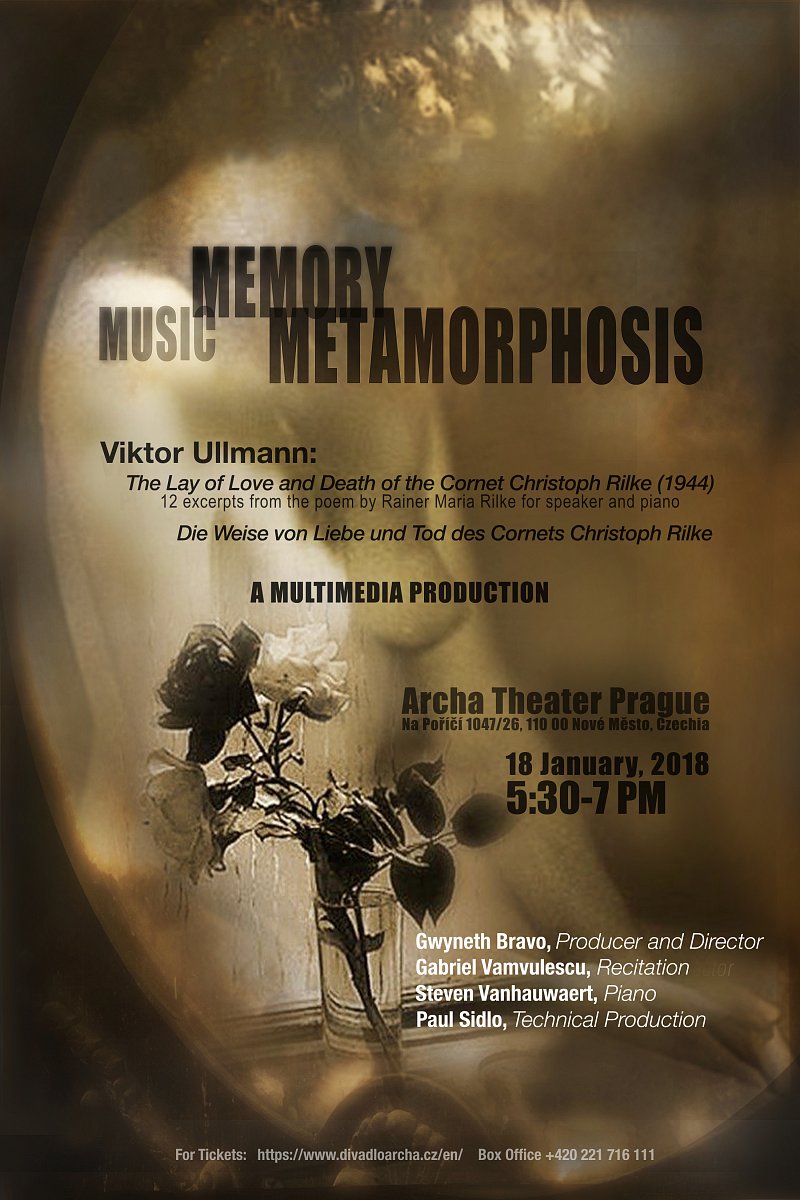